Home > The FSC> History of the FSC 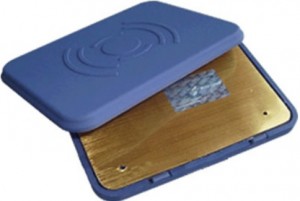 The informational medicine has been practised around the world for over twenty years. It is a new treatment procedure scientifically oriented to medical properties of our environment and transmitted to our organism by vibration (the information stored on a little handheld magnetic device). This is what we call Functional State Corrector or FSC, the unprecendented invention of Sergueï Koltsov.

Composed of four thin superimposed plates, made of high quality magnetic resin and protected by plastic case, the Koltsov’s plate is a magnetic device similar to the half size of a cellphone. It has no electrical supply but peculiarly draws energy from its environment. Its inner radiation is low in terms of energy level, thus qualified as a homeopathic magnet device.

The Informational medicine does not attack our body by external substances. It brings information to normalize blood structure, lymphea and all body fluids in general. The immunity is therefore increasing and the body itself resolves its own problem.

The nature itself has suggested the fundamental ideas of the informational medicine to humanity. Since ancient times, people have spotted places on Earth where animals come to rest and plants grow best. After visiting, swimming or just drinking local waters in these places, people quickly start regainning strength, the sick recovers, and sterile women are giving birth.

Today, scientists found what’s behind these miraculous effects. Having crucial importance, they are the energy and information from the deep layers of the Earth. Most of these « places of power » are located above Earth crust zones. And through these rifts, the Earth gets rid of its energy excess. That is why such places have higher energy level.

Nowadays, objects collected from any of these places of power are known to keep memories and the same energy of these lands. However, they do not keep such powerful information for a long period of time. The talisman progressively discharges, and then loses its healing power. Scientists then studied if it was possible to develop special devices like CDs or hard drives to store such information in an unlimited way.

The first of all universal memory formula to have been used is water. Water is a natural substance with high information capacity. In 1998, in his research on homeopathy, French scientist Jacques Benveniste assumed that water has memory. His statement was not expected and nobody has had thought of it.

The role of water in human body is priceless. Water is the first sensor of information from the environment. It strongly reacts to external effects by modifying its structure. Then, structure change in water conveys this information at cellular level by acting negatively or positively on the body. As basis of life, water is present in each cell and intercellular space of organism. The information recorded and transmitted by water regulates our body state to its health and longevity.

The memory in water therefore can be easily constituted but only as short-term memory. Under the influence of external factors, created memory in water disintegrates rapidly. Water is an excellent intermediary interface because of its permeability to information, but never a lasting support for recording. External radiation or heat may have an alteration effect, and completely erase recorded information in water.

Scientists have persisted. Their research has produced real results. New technologies have permitted to create materials, served as base of an amazing device. And this device is able to record, to considerably store, and above all to permanently circulate information around itself. This is the Functional State Corrector or the Koltsov’s FSC. 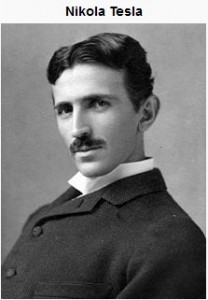 This device was founded and developed by ingenious scientists of the last century: Nicola Tesla and Voktor Schauberger. Nicola Tesla was the first to discover these peculiar waves. He called them « radiant energy » and found out that these waves, known as longitudinal waves or scalar waves, are able to spread at a rate greater than light speed. The discovery was so different from traditional physics vision that scientists had preferred it hidden.

Information exchange between living being is understood to have been carried into effect by use of these scalar waves. It is by such wave frequency that our cells communicate, and the main resonator in these cells is nothing other than the DNA double spiral. Today, knowledge of scalar waves and scalar magnetic field, with their use in informational medicine gradually become the scientific world’s privilege.

What differs Koltsov’s FSC from physiotherapy devices is the way it acts on human beings, not by physical forces but with simple information. Indeed, the actions of FSCs are not as direct and fast as those in physiotherapy, but rather delicate and extended, nearer to natural environment. That is why it does not interfere, but re-balance body function.

Complex images from medicinal plants; minerals or curative springwater are recorded onto FSCs. It makes FSCs to have beneficial effect on human bodies. This information is transferred to our organism by vibrations at cellular level. It is not a placebo, as all forms of diagnosis and medical researches prove it.