The FSC : an efficient way to protect from the negative effects of our environment.

On these pictures, we can see dead mice. It’s because the “mom” were exposed in front of a computer during gestation.

In the United States of America, prevention campaigns have launched an immediate alert to young women claiming that : « If you have just thought of being pregnant, stray away from computers exposures… », Why so? They are emitting endless electromagnetic waves. But to where? In fact, computers go beyond solely generating electromagnetic radiation.

Why Steve Jobs didn’t let his kids use Ipads, and why you shouldn’t either

If you fall within the Gen-Y era like us, chances are you’ve given a bunch of thought as to how you would raise your own children in this day and age (assuming you don’t have children already). Especially with technology, so much has changed since our childhoods in the 90s. Here’s one question: Would you introduce the technological wonder/heroin that is the iPod and iPad to your kids? 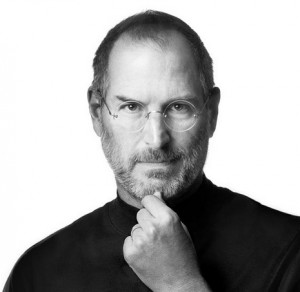 Steve Jobs wouldn’t, and for good reason too.

In a Sunday article, New York Times reporter Nick Bilton said he once assumingly asked Jobs, “So your kids must love the iPad?”

« They haven’t used it. We limit how much technology our kids use at home ». Especially in Silicon Valley, there is actually a trend of tech execs, Google managers, Yahoo, Apple, eBay and engineers who shield their kids from technology. They even send their kids to non-tech schools like the Waldorf Schools in Los Altos, where technology represents harm against creativity, social behaviour and pupils gathering

From nursery to high school, there’s no sign of computers, neither tablets. Instead, we find blackboards, chalks, coloured pencils and books. Children are doing pottery, knitting and gardening.

There is a quote that was highlighted in The Times by Chris Anderson, CEO of 3D Robotics and a father of five. He explains what drives those who work in tech to keep it from their kids. “My kids accuse me and my wife of being fascists and overly concerned about tech, and they say that none of their friends have the same rules… That’s because we have seen the dangers of technology firsthand. I’ve seen it in myself, I don’t want to see that happen to my kids.”

If our current addictions to our iPhones and other tech are any indication, we may be setting up our children for incomplete, handicapped lives devoid of imagination, creativity and wonder when we hook them onto technology at an early age. We were the last generation to play outside precisely because we didn’t have smartphones and laptops. We learned from movement, hands-on interaction, and we absorbed information through books and socialization with other humans as opposed to a Google search.

Learning in different ways has helped us become more well-rounded individuals — so, should we be more worried that we are robbing our children of the ability to Snapchat and play “Candy Crush” all day if we don’t hand them a smartphone, or should we more worried that we would be robbing them of a healthier, less dependent development if we do hand them a smartphone? I think Steve Jobs had it right in regard to his kids.

So the next time you think about how you will raise your kids, you may want to (highly) consider not giving them whatever fancy tech we’ll have while they are growing up. Play outside with them and surround them with nature; they might hate you, but they will absolutely thank you for it later, because I’m willing to bet that’s exactly how many of us feel about it now that we are older. 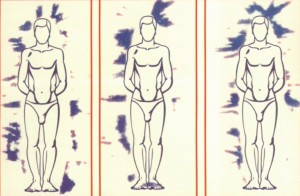 These Kirlian pictures shows biological field of three different persons: a jail guard on the left, a toxicoman in the middle and an IT-guy on the right. The jail guard consistently exposes himself to prisoners’ assaults. And it’s worse than a computer. All jobs in close contact with very large number of people can cause serious health consequences

Hence, the crucial importance in protecting oneself from socio-pathogen assaults. And thanks to Koltsov’s FSCs, it is possible. 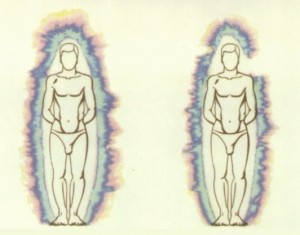 The Kirlian picture on the left shows a healthy person. The right picture was taken while he was talking on the phone. A state of energy deficiency happens: the biological field of the person breaks through the area of the thyroid gland, the urogenital tract and the immune system

The solution: protecting against electromagnetic waves