Based on a series of lecture in 1997 entitled « Electromagnetic pollution and Russian public health », 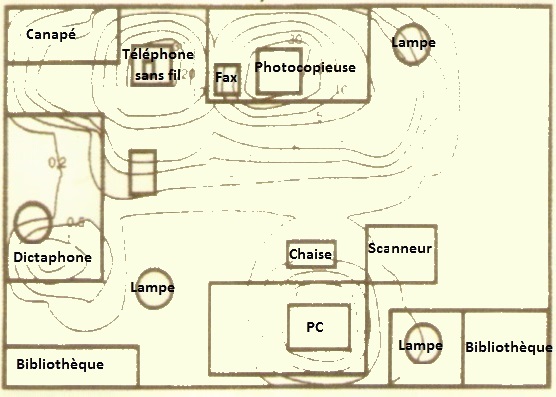 Replace a copy machine with a TV-set and a voice recorder with a Hi-Fi-system set. Indications have shown that homeowners are literally bathing in electromagnetic fields. Thus, as soon as you get home from work and get in front of the TV hoping to get rest, you will likely receive an additional dose of electromagnetic waves.

It’s scary for children’s health. According to data from the World Health Organization (WHO), 20 minutes in front of the computer only makes the blood cells in a child to look similar to cancer cells.

Fortunately, human body possesses self- regeneration ability. To do so, the body must leave negative influence areas in order to regenerate itself. But to where? In the current condition of life, people cannot avoid the omnipresent electromagnetic waves. Even in the nature, people still use mobile phones. 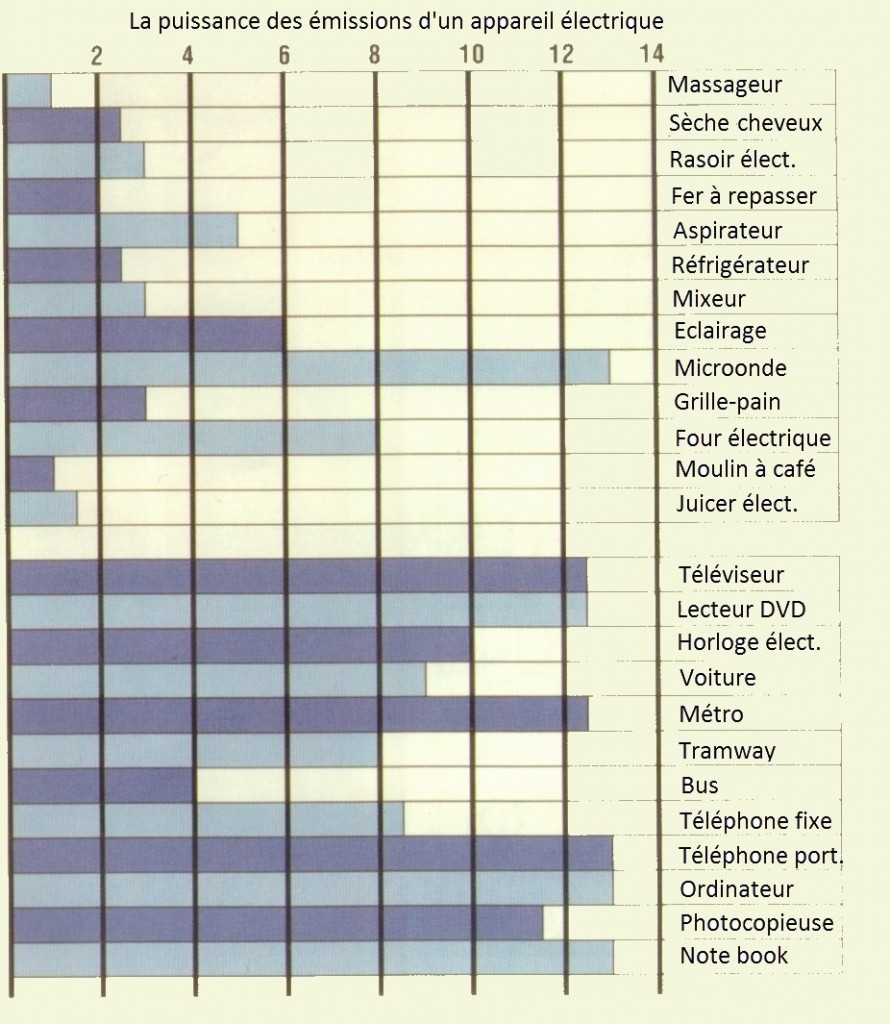 This diagram shows the transmission power of different electrical appliances which surrounds us everyday.

Any device running on electricity emits waves. Even an electronic watch can be the last straw that broke the camel’s back, the last to regulate the adaptive force and ability within human body.

According to WHO statistics, blood cancer (leukemia), lung cancer, breast cancer, asthma, allergy, articular diseases and spine-related diseases are among ailments caused by electromagnetic pollution. For this reason, these diseases do not heal well under such conditions.